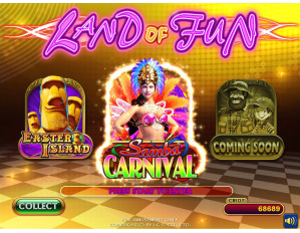 After collecting four Buoy symbols on each reel the Collective Wild feature will be triggered.  The whole reel will become wild and will be held on the screen for the next three game plays.

During the Free games a Bonus Play symbol will add on Bonus Spins to be played after the Free Spins and increase the multiplier during the Bonus Spins.

When the Shovel and Pick symbol appears in a game, it will randomly dig out the symbols around and turn them into Wild symbols.

2 Scatter and 1 Bonus symbol in a game will trigger the Bonus Game.  A player may have 5 chances to picks one of three baskets and win the prizes.  If a player picks a basket with more bananas, the prize is higher and the load is heavier.  When the loading is overweight or a player does not win first place, the Bonus Game ends and a player gets the prizes won.

The Final Round of the bonus the player has only one chance to throw a javelin.  A target sight will move until a player presses START.  When a thinner tree is hit, the prize value is higher.  At the end of the bonus game the player can select either Take or Retry.

2 Scatter and 1 Free Game symbols in a game will trigger Free Games and 5 free games will be awarded.

A Parade feature is randomly triggered and players can press STOP button to decide the best winning result within the limited time.

The Music feature is triggered when the Song Book symbol appears in a game.  It will change all Instrument symbols to Wild to increase the winning chance.

3 SCATTER symbols will trigger the Scatter Game.  Players pick one carnival crown on the screen to reveal either Dancing Queen Bonus or Float Parade Bonus.

Land of Fun also has the following features: 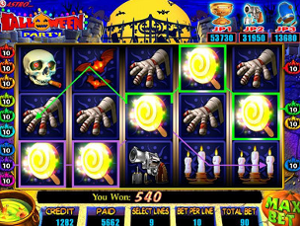 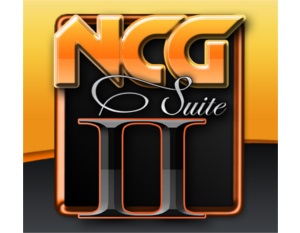 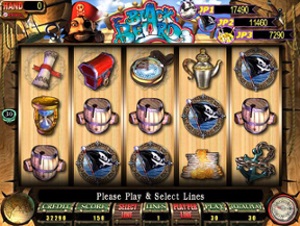