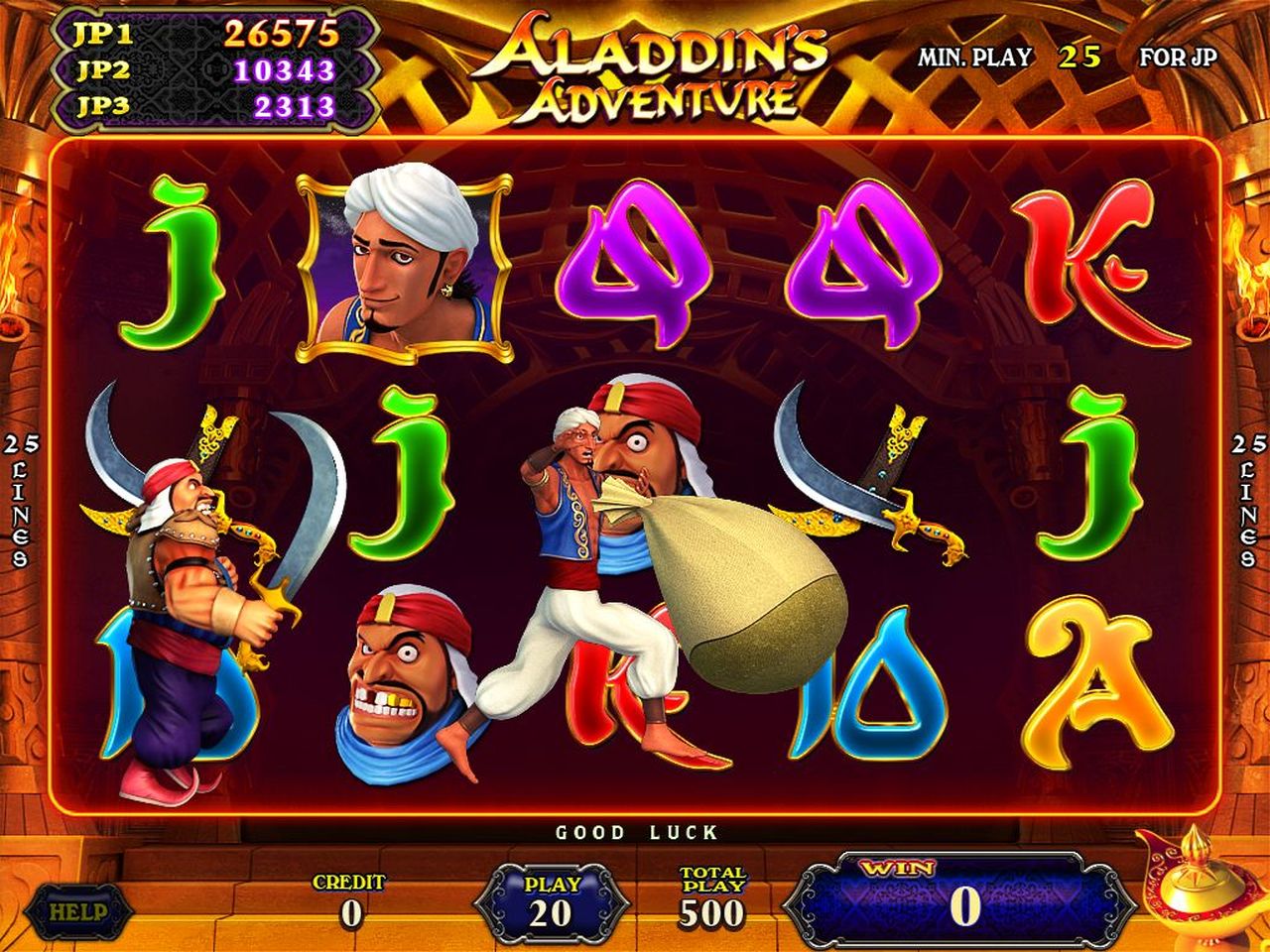 Aladdin’s Adventure is a twenty five line game by IGS.  Players will enjoy the interactive Bonus game along with other features that will keep them playing.

When three or more Jackpot symbols appear in the game the player will win one of the Jackpots.

Aladdin will randomly appear in a game.  He will run across the screen and drop a bag of points to the player.

In Aladdin’s Gold Bonus game, players can pick Golden Jars and win prizes until Exit is picked.  If a player chooses Up or Take All the player will advance to the next round.  In the second round the player can pick the Golden Chests for even larger prizes.  The Bonus game will end if Exit or Take All is picked.

During the Lamp Genie Free fame the player will be awarded five Free spins.  All Lamp Genie symbols that appear will collect in the right upper corner.  When the Free games finish, all of the collected Lamp Genies will return randomly to the reels for one last Free spin.

Day of the Dead 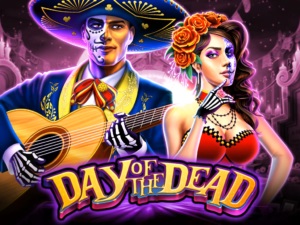 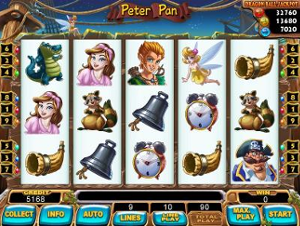 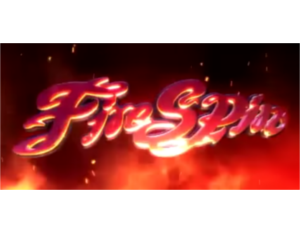